Chewy’s last year was testament to the way life works and to the fact that it eventually comes full circle. No one is exempt.

He had various maladies and he had great vets. One thing that really cramped his style was arthritis. Someone told us about a holistic vet in Los Gatos who did acupuncture treatments. Our attitude was, “it can’t hoit” so on January 16, 2016, we took him. As it happened, after the last needle was pulled, we immediately made the tree-hour drive to visit family in the Sierra foothills — not too far from where he was born.

When we got there, we took him to a dog park. To our delighted surprise, he was running and chasing balls like a four-year-old. As we stared at him in amazement, we realized that the is no such thing as a placebo effect in dogs. The acupuncture worked. He was a bounding boy, full of joy. 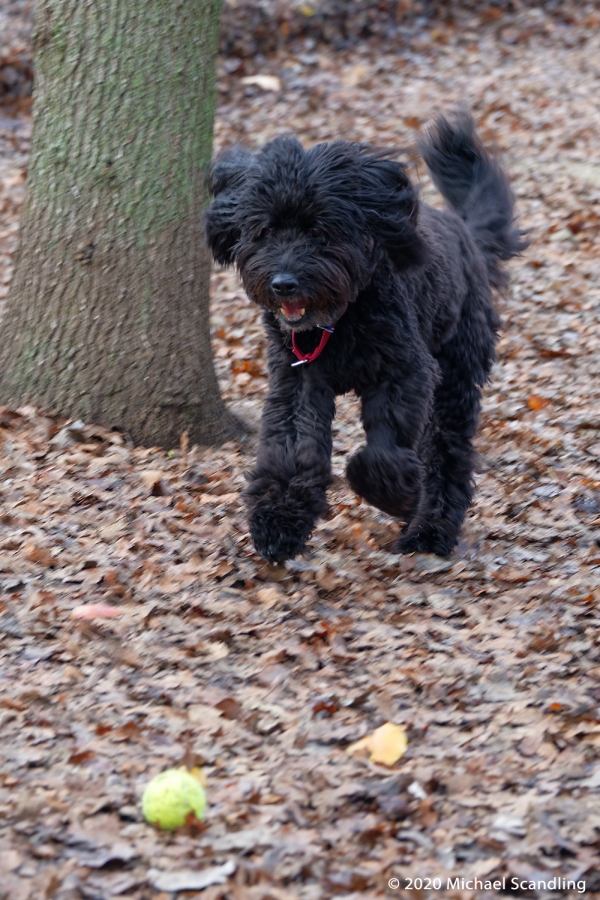 Still, it was not meant to last forever. Between April and May, age caught up with him. This, that, and the other thing. In April we took him to the Sonoma coast and made the final Christmas card picture.

And so he did. 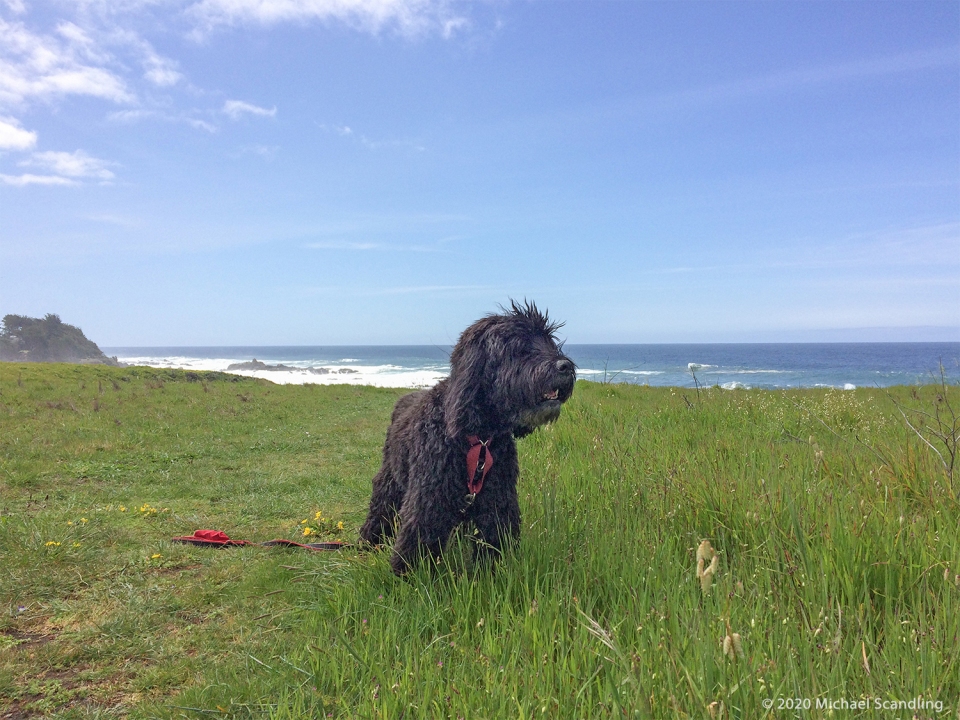 April 23, 2016. Like his humans, one of his favorite things to do was to look out to sea and contemplate the horizon. An old sea dog.

California based fine-art photographer featuring abstract, impressionist, and minimalist seascapes — near and distant — and floral-based images. Fine-art photography can be seen at www.amagaphoto.com All original images on this blog are copyright 2018, 2019, 2020, 2021 Michael Scandling. All rights reserved. No images on this site may be copied, duplicated, reused, published, or re-purposed in any way without express permission from the copyright owner, Michael Scandling.